We are all very excited about the upcoming 6 Nations Rugby tournament. I’m going for Scotland or Ireland to win the Championship this year.

The famous Calcutta Cup (Scotland V England) is on this Saturday at BT Murrayfield a stone’s throw from our clinic, ProMOTION Physiotherapy, in Davidsons Mains.

I have been very lucky to be involved with Scottish Rugby over the years and indeed twenty of the current squad came through the Scotland U18 squad during my time as Lead Physiotherapist there.

If you can have a look at what the physio (he/she will probably wear a red or yellow bib with Medic emblazoned on it) does during the warm up – maybe helping a player with last minute individualised routine.  Sometimes, after a player has recovered from an injury we ask them to continue with a specific type of activity (stretching/ mobilisation/ activation) to prepare them physically and mentally for what is about to come. For example, we might get a player performing some complex balance drills if that have issues with rolling their ankle.

You might see the physio applying some last minute strapping or tape to a player – usually this will be applied in the dry changing room or medical room away from the prying eyes of the opposition but sometimes a player will find that the tape is too tight and a little uncomfortable in the warm-up and wish to get it re-applied.

Sometimes they just forget to get a strapping because of the excitement and adrenalin, or get a bump in the warm-up and its only when they are in the middle of a crazy warm up drill that they decide they need their ears taped. This is when you see this happening pitch-side.

Once the game has started you’ll notice a Physio or a Doc roaming along the pitch-side…this is where I usually hang out. The Doc thinks its because I’m too lazy to look after the guys who come off injured but the truth is I’m faster at getting onto the pitch then him…also the Docs have an amazing level of skill and experience in many aspects of medicine where my expertise is in neuromusculoskeletal issues. As a medical team we know our responsibilities well and have extra training and assessment sponsored by the SRU (& SCRUMCAPS).

We are lucky that we can enter the field, when it is safe to do so, without asking for the referee’s permission – time can sometimes be of the essence. There are times when you’ll see the physio race onto the pitch to a player lying on the ground. You might see them approach the player from the head end and gently stabilise their head and neck…if you watch closely the medic will be talking to the player, reassuring them that they are in safe hands but at the same time the physio is gaining a huge amount of information (is the player conscious/ confused/ in pain?) while warning everyone that is watching that there is a potential head/ neck injury. Usually match officials, opposition players, team mates and coaches become very sensitive to this, especially if a big collision was witnessed so play gets stopped to protect the injured player (and the physio/ Doc!).

Quite often you’ll see a second medic / physio talking into their mic to advise the rest of the management team (other medics/ coaches/ strength and conditioning coaches) what the plan is with the player – can he continue, can we wait and see, can he walk off or do we need to package him up and get a stretcher on to remove him safely.  When this occurs it can be very scary for the player and their family – quite often it is a precautionary measure and as medics we constantly try to reassure the player and as soon as possible relay information to their family as to their status- are they fine or do they need to go to hospital for further tests.

It’s a wonderful experience working with these players and being part of the team in a tournament like this. The preparation for the next game starts immediately after the final whistle as the turn around time is so short and the mental and physical pressure in international rugby is a huge step up from club rugby.

The physios will speak to all the players after the game– whether they were injured in the match or not. They will, with the rest of the medical team, put a plan in place to begin rehab and/or rule players out and feed this back to the coaching staff – that can often be a difficult conversation as the coaches will be disappointed when players get ruled out.

I find myself watching the game and the medical teams when viewing the 6Nations. Have some fun and watch the medics too you might not have noticed them much before.

For the chance to win a Sports Massage (worth £45.00) at ProMOTION Physiotherapy please like our Facebook or Instagram page and share the post. Add your final score predictions for the Calcutta Cup Game to the comments section. Latest entry by 16:44 on Saturday 5th February 2022. The first correct or closest answer will receive the Prize!!

Best of luck to Team Scotland 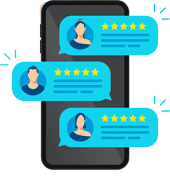 We are accredited with the following health insurance companies

This website uses cookies to improve your experience while you navigate through the website. Out of these, the cookies that are categorized as necessary are stored on your browser as they are essential for the working of basic functionalities of the website. We also use third-party cookies that help us analyze and understand how you use this website. These cookies will be stored in your browser only with your consent. You also have the option to opt-out of these cookies. But opting out of some of these cookies may affect your browsing experience.
Necessary Always Enabled
Necessary cookies are absolutely essential for the website to function properly. This category only includes cookies that ensures basic functionalities and security features of the website. These cookies do not store any personal information.
Non-necessary
Any cookies that may not be particularly necessary for the website to function and is used specifically to collect user personal data via analytics, ads, other embedded contents are termed as non-necessary cookies. It is mandatory to procure user consent prior to running these cookies on your website.
SAVE & ACCEPT